Monday 10th February 2020. This evening we will host a talk by Carmen Norman, an award winning landscape photographer based in the Lakes

The images shown below have been chosen from our most recent competitions to form our entry for the above competition. 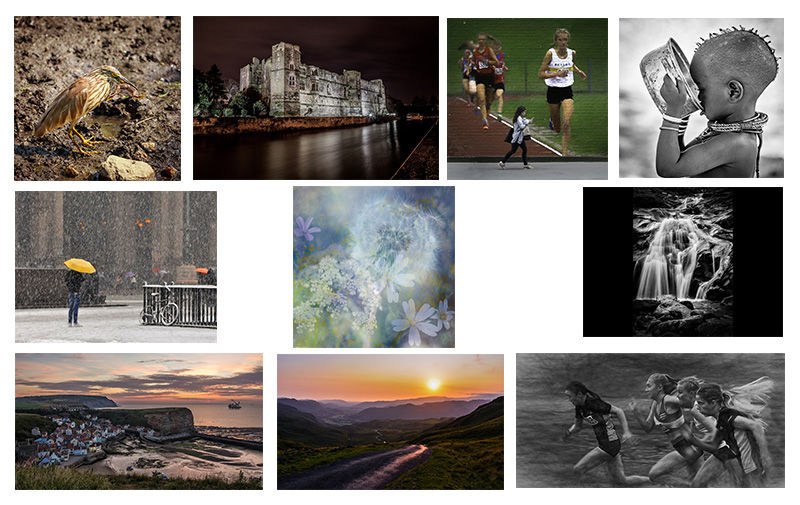 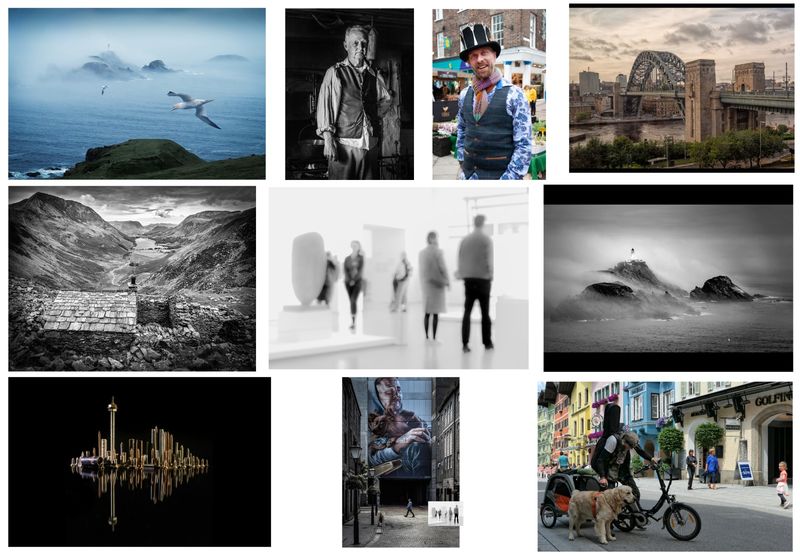 I have also received a flyer for this competition. Please click on the link below to get full instructions for entry. Members of clubs may enter as individuals. Note that entries can only be made after 1st February.

I have received a flyer for the above competition. Please click on the link below to get full instructions for entry. Members of clubs may enter as individuals.

The rolling scorecard! Throughout the year all the competitions that contribute to the Print or PDI of the year trophy receive scores that are totalled so that the highest scorer can easily be established. We have preserved your anonymity by just using Competitor Number as the identifier!
Score sheet after 2nd Open

A brief log of the meetings held so far this season.

Monday 27th January 2020. This evening we welcomed John Fare. A former club member, John is presented an illustrated talk on Wildlife featuring some beautiful bird and animal images from far off places and also gave us an insight into the fascination of - and also the controversy about - the Pack Horse Bridges of Cumbria.

Monday 20th January 2020. This evening we held our 2nd Open Competition. I know we've had two already, but you may remember that we had to swap the Mono Competition evening for this one, so we retained the numbering. Whatever! The judge was Simon Allen who gave an excellent masterclass in judging and was generally applauded.

Monday 13th January 2020. Rob and Linda Duncalf were our guest speakers this evening. A evening of two halves. Linda spoke in the first half and guided us through the processes that she uses to capture her 'Creative - Style' images that she gained a reputation for producing in our club competitions. She spoke of capturing the shots using either a smart phone or a DSLR camera first concentrating on ICM (Intentional Camera Movement) and then included other blending techniques.

The second half of the evening featured Linda's husband Rob, a keen photographer of many years experience, but who likes to keep up with modern developments. He gave an enlightening, thought provoking and really interesting coverage of the use of the modern smart phone as a viable tool for the serious photographer. I find myself much more supportive of that medium having heard his talk. Thanks to both Linda and Rob!

Monday 6th January 2020. David Price had the honour of presenting the first meeting of 2020. One of our own members, David is well known for his skill in photo manipulation using mainly Photoshop. Tonight he gave a light-hearted walk through the processes he uses.

Monday 16th December 2019. Each year a Set Subject is chosen to give members a full year to prepare their best image. The subject this year is 'Street Photography'. This week we welcomed Dawn Stobbart to judge all the submitted images. Thanks to her and to all contributors.

Monday 9th December 2019. Our pre-Christmas get-together. The programme was to have a photo-based quiz in the first half followed by a buffet provided by members' contributions. The second half was another quiz this time hosted by Derrick Young and was all about General Knowledge. A fun and full evening. Happy Christmas!!

Monday 2nd December 2019. We were pleased to welcome Dave Wilson. A local professional photographer and a regular contributor to the club. Dave showed photographs of various local industries in their prime and as they died and decayed. Thanks Dave for an enjoyable evening.

Monday 25th November 2019.The Vikings cam to town! Huge thanks to the local Viking re-enactment group who came to our club evening and were really good sports. They posed, staged combat scenarios, just falling short of pillaging and rape ...which is just as well, because it wasn't covered by our insurance. 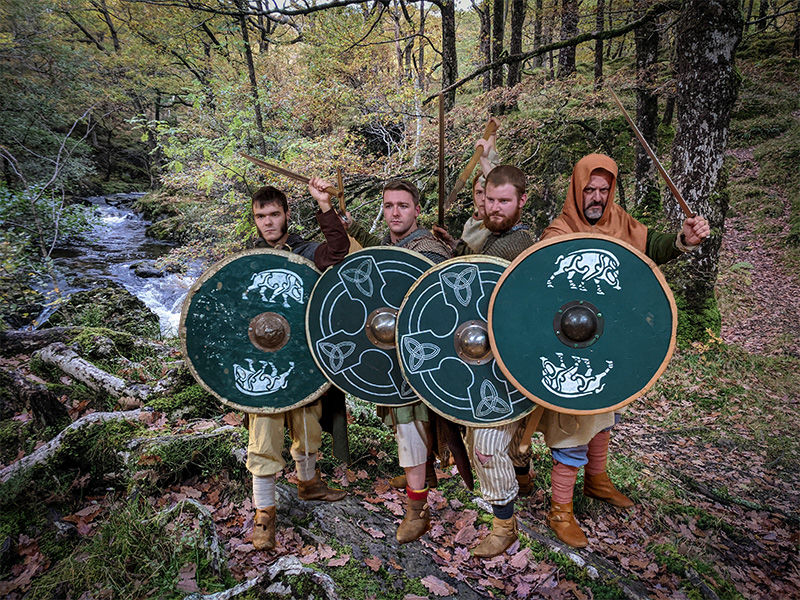 Monday 18th November 2019. The 2nd Open competition of the season is for monochrome entries. The judge was be Tony Potter (not Simon Allen as shown in the programme). Each member was entitled to enter a maximum of two prints and two PDIs. Thanks to Tony Potter and to all entrants.

Monday 11th November 2019.Several members brought images of fireworks and light displays for discussion and scrutiny in open forum. This was capped off (after the tea break) by an instructional session given by Adrian Gidney on combining firework images using layer masks in Photoshop.

Monday 4th November 2019. Derrick Young, our own President and Secretary, paid a visit earlier this year to the north west of China with his wife Jean and this evening he kindly shared some of his experiences in an excellent illustrated travelogue.

Monday 28th October 2019. The evening was; 'A sharing and review of macro, tabletop and other images.

Monday 21st October 2019. Jason Hudson was our guest judge for the annual Hendren and Bowness Trophy competitions. Every entry was critiqued in detail in a positive way and awards were given for those that were considered 'best of the bunch'. Awards in these trophy competitions do not count towards the annual cumulative award in Prints and PDIs so scores were not awarded, just top three, highly commended and commended.

14th October 2019: Glenys Garnett presented an interesting and action packed talk on 'creative photography' with hints on how to shoot certain effects and guidance on how to process those effects all complemented by examples of her own work.

7th October 2019: Macro Photography. A presentation by Ian Cutts followed by an opportunity to practice some macro techniques whilst being helped and harassed by friends!

30th September 2019: PAGB Winners of Awards. Unfortunately we were unable to see the advertised presentation, but instead we were treated to a showing of the images that gained high honours with the PAGB competition that was run last year.

23rd September 2019: The 1st Open Competition. As the name implies, there is no restriction on the subject, each club member may submit 2 prints and two PDIs. The guest judge was Tom Stenhouse who gave a detailed and insightful critique of each image. Well done to all those who took part.

As the name implies, there is no restriction on the subject, each club member may submit 2 prints and two PDIs. The guest judge was Tom Stenhouse who gave a detailed and insightful critique of each image. Well done to all those who took part.

16th September 2019: A night of presentations. Ade Gidney talked about uploading images into Lightroom, David Price about the variety of awards and distinctions that members might wish to pursue and finally Graham Harcombe spoke about different ways of resizing in Photoshop and then about backing-up data.

9th September 2019: Yours truly presented an illustrated travelogue entitled "Journey Around the Baltic 2019".

2nd September 2019: Our traditional 'Meet and Greet' at the commencement of each season. A pleasure to see several new members joining the Society.